Pictures in Motion
From the Endowment Heinz E. Toggenburger 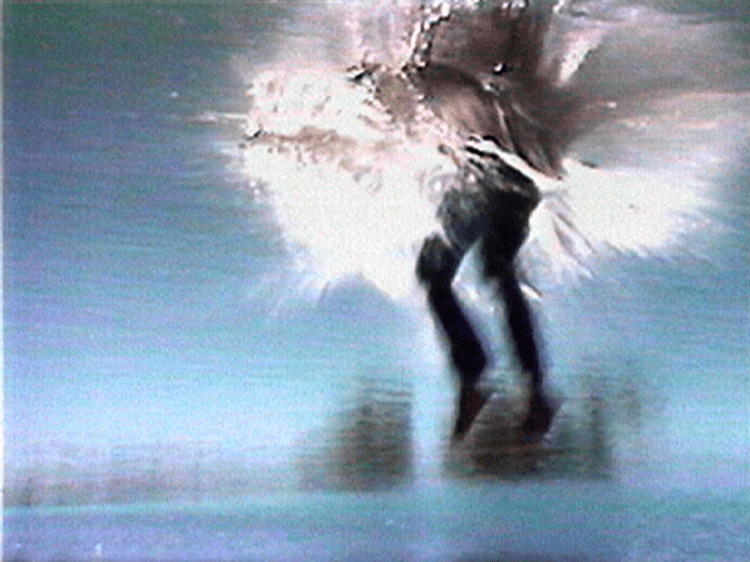 Television and digital media have transformed our world radically and they influence our everyday lives. So is it hardly surprising that visual artists have turned to electronic media and begun to experiment with them. The video has been used, among other things, to document performative actions, and the screen has even become a canvas, enabling painting with moving images.

Thanks to a generous endowment by Heinz E. Toggenburger, the Kunst Museum Winterthur has been able to create the basis for a collection of new media. The aim of the extensive project was to create a representative collection of single-channel videos. One focus is on exemplary works by the outstanding video artists of the 1960s and 1970s. Among them are John Baldessari (*1931), Joan Jonas (*1936), Bruce Nauman (*1941), Carolee Schneeman (*1939) and Lawrence Weiner (*1942). The next generation is represented as well by Matt Mullican (*1951) and Bill Viola (*1951), whereby in the case of Mullican an extensive collection of sculptures and drawings accompanies his video work.

The most important emphasis, however, is on video art from the 1990s to the present with outstanding works by Christoph Rütimann (*1955), Sylvie Fleury (*1961) and Pipilotti Rist (*1962). With the exhibition Pictures in motion, the Kunst Museum Winterthur will offer an insight into this new chapter in the history of the collection.

Pictures in Motion shows works by: