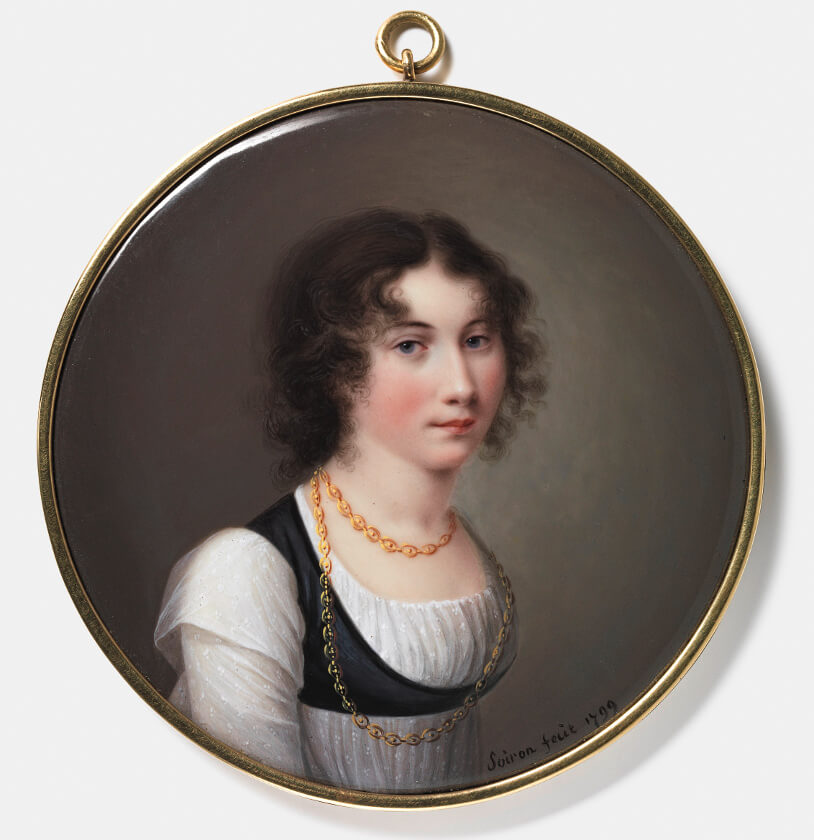 In no other genre of the fine arts are women as well represented as in portrait miniatures; they appear as painters, subjects and collectors. For hundreds of years, artistically ambitious women were denied to study at academies, however, they were allowed to paint miniatures. In times of online-dating, it is difficult to imagine that up until the mid 19th century, marriages between bourgeois or aristocrats were solely arranged with the help of portrait miniatures. As art models, women appeared multi-faceted: The court painter Nicolas Jacques, for example, depicted the French empress Marie-Louise from Austria not only as regent, but also as genuine wife and caring mother. Finally, portrait miniatures often served as the sole source for comfort after a separation.

The exhibition The Female Touch emerges from the rich holdings of the collections Briner and Kern and is shown together with the show Women. Images of and by Women throughout the Centuries.