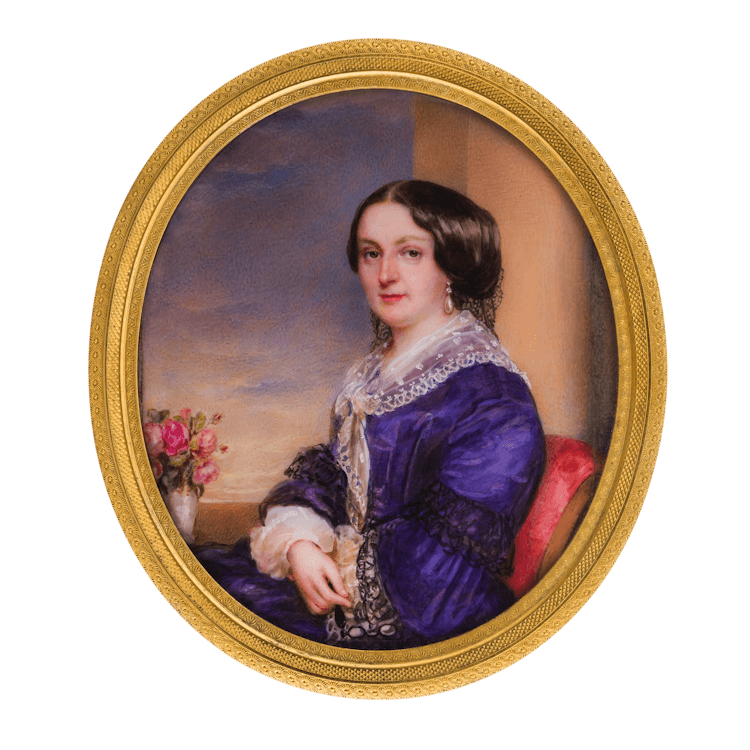 After the defeat of Napoleon Bonaparte (1769 – 1821), in 1814 the representatives of European powers under the chairmanship of the Austrian Chancellor Prince von Metternich (1773 – 1859) tackled the difficult task of reorganising Europe. The representatives of the Sixth Coalition and the French government were documented by portrait painters, above all by the French court painter and miniaturist Jean Baptiste Isabey (1767 – 1855). These miniatures served as status symbols and means of communication at a time when photographic techniques did not yet exist.

The end of the congress heralded the beginning of the Biedermeier era. Strongly influenced by the Prince of Metternich, an era of political repression and rebellion began, which culminated in the bourgeois revolution of 1848. The Biedermeier era prompted people to withdraw into the protection of middle-class domesticity. The contemplative way of life was understood as consciously chosen and idealised. It served as a counterpart to everyday life: an idyllic haven where one could express one’s vision of peace, happiness and harmony. Contemporary portrait miniatures bear witness to the bourgeois family idyll and they were an ersatz for beloved persons during their absence. Such miniatures are artistically and technically sophisticated, luxury goods that slowly lost their significance due to the emerging competition of photography.

The exhibition presents a selection of portrait miniatures of the Biedermeier period from Austria, the German Confederation and German-speaking Switzerland from the rich holdings of the museum’s miniature collection.