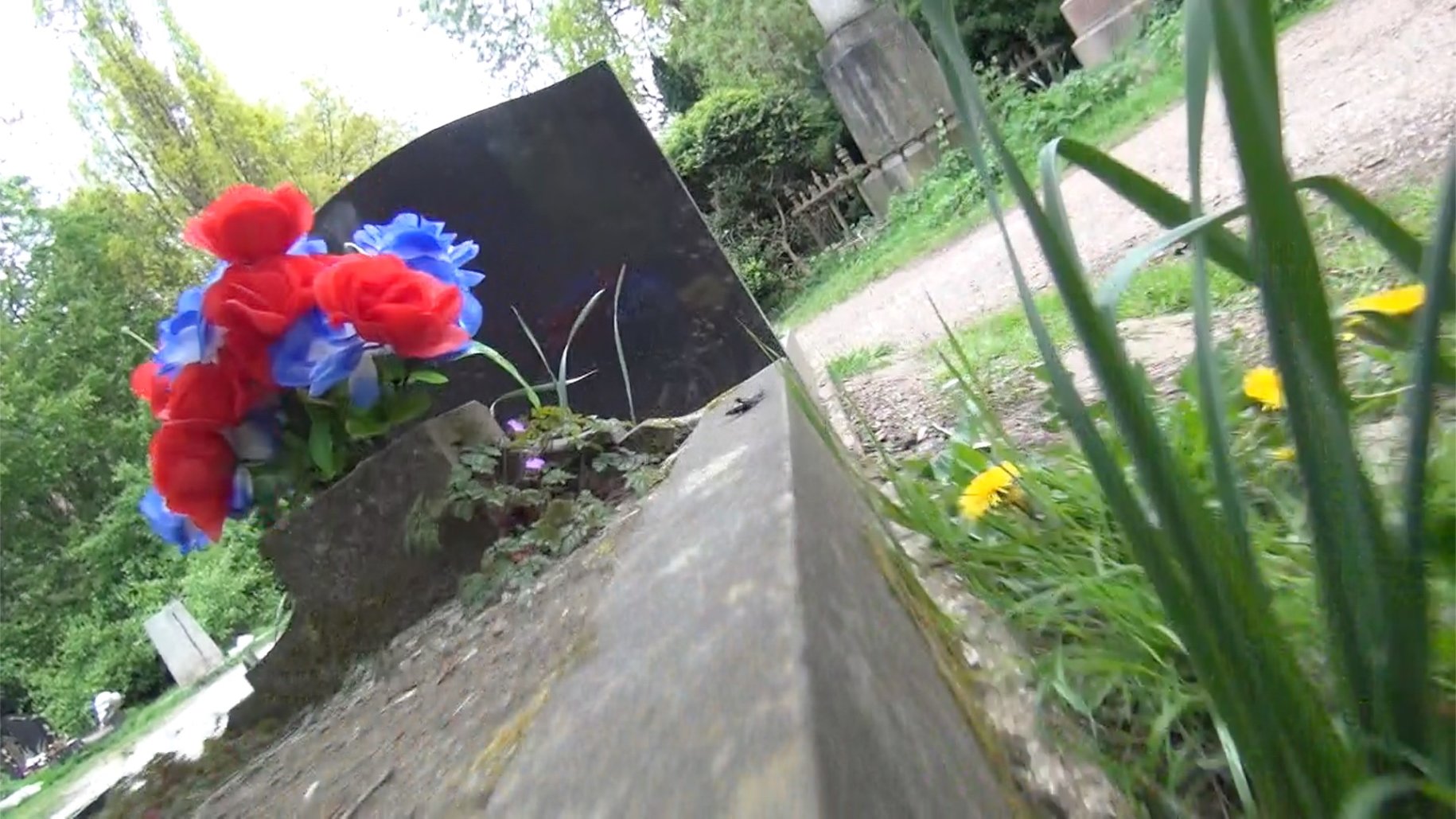 Lines run through Christoph Rütimann’s (*1955 in Zurich) entire artistic universe. His work ranges from performances to sound, text, photo and video works up to classical means of expression such as drawing, painting and sculpture. In his art, there is always a perceptible reference to scientific questions, which Rütimann approaches in a playful manner, expanding the alleged rationality of scientific discourse to include the dimension of the imponderable. Despite all diversity, there are constants: the performative approach, the gamble with chance or gravity – and finally the line as a two- or three-dimensional demarcation. The latter, laid out in his extensive series of drawings, is expanded in the Handrails, which are realised in a wide variety of locations as part of the work complex Geh-Länder (Walk Lands): Rütimann directs the camera along banisters, architectural edges and lines that are suitable as camera rails. The video sequences cast an idiosyncratic view of the world from the perspective of the banister, of the building – including furniture. Often the camera rail is specially designed for a film project. This engenders a surprising shift of perspective and a close-up view of the handrail, which sets the pace of the video sequences, rhythmises them and at the same time evokes awareness of the performative act.

Christoph Rütimann’s work is recognised internationally, as evidenced by his spectacular contribution to the 1993 Venice Biennale. The Kunst Museum Winterthur has invited the artist to realise a video work in anticipation of the opening of the Villa Flora and the merger of the three exhibition sites. Together with other works by the artist, it will be presented in dialogue with the collection.