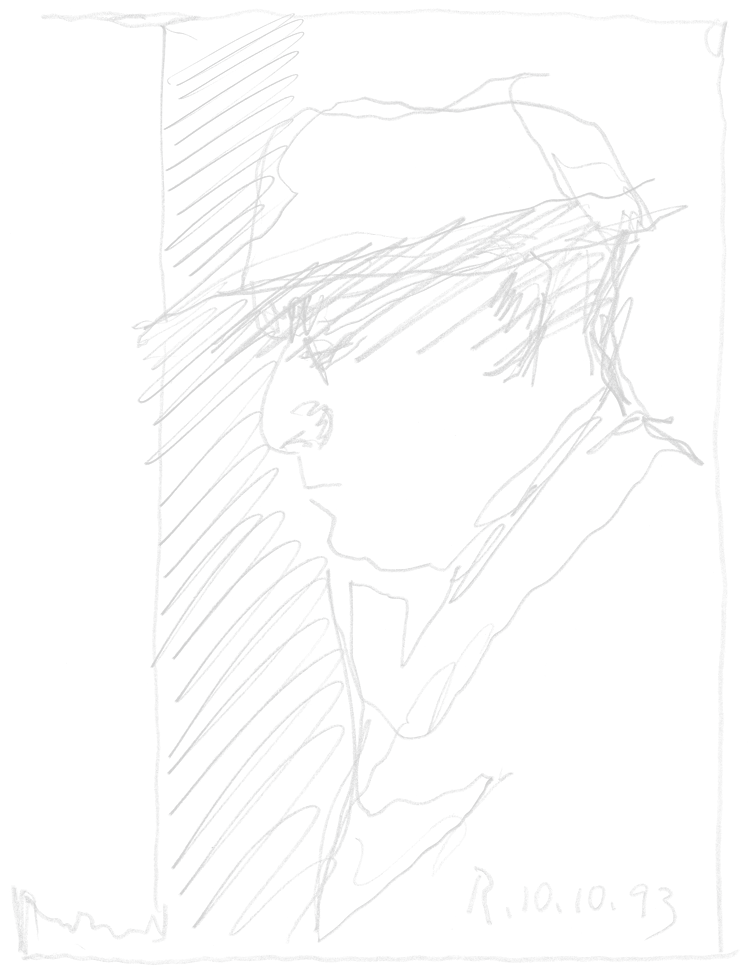 An artist’s self-portrait is an extraordinary type of painting to the extent that the author – often while creating – presents himself or herself. Since the Renaissance these paintings testify to a newly gained human self-confidence. They represent the presentation of a desired self, serve the purpose of permanent introspection and evoke the transience of the person, apparently preserved in the self-portrait. Gerhard Richter (*1932) has portrayed himself on various occasions, including in two small paintings in 1996. Nevertheless, Richter’s self-portraits – in contrast to his numerous other portraits – form an aspect of his rich oeuvre that hitherto has received little attention.

In 1993, the first edition of Gerhard Richter’s writings and interviews was published by the Insel Verlag in Frankfurt. This was supplemented by a limited edition of one hundred copies, each of which included an original drawing. In addition, 94 pencil drawings were created, which remained together as a collection and are now owned privately. The Kunst Museum Winterthur is showing this extraordinary series of drawings for the first time in cooperation with the Gerhard Richter Archives in Dresden.

While Richter’s face is hidden behind a veil of colour in his 1996 paintings, the strokes of the drawing evoke the artist in almost infinite variations. The profile view dissolves gradually with the movement of the pencil, and the ascetic formal inquiry becomes the free dance of lines.