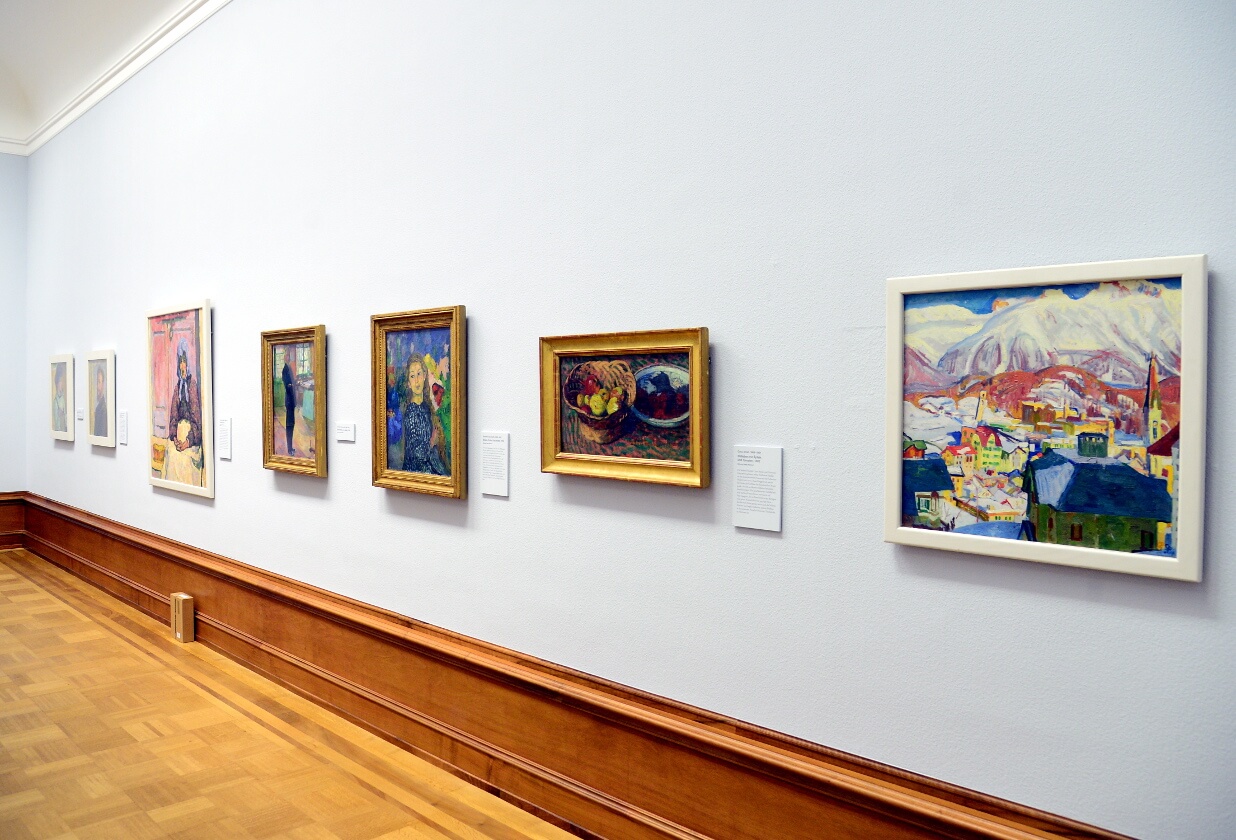 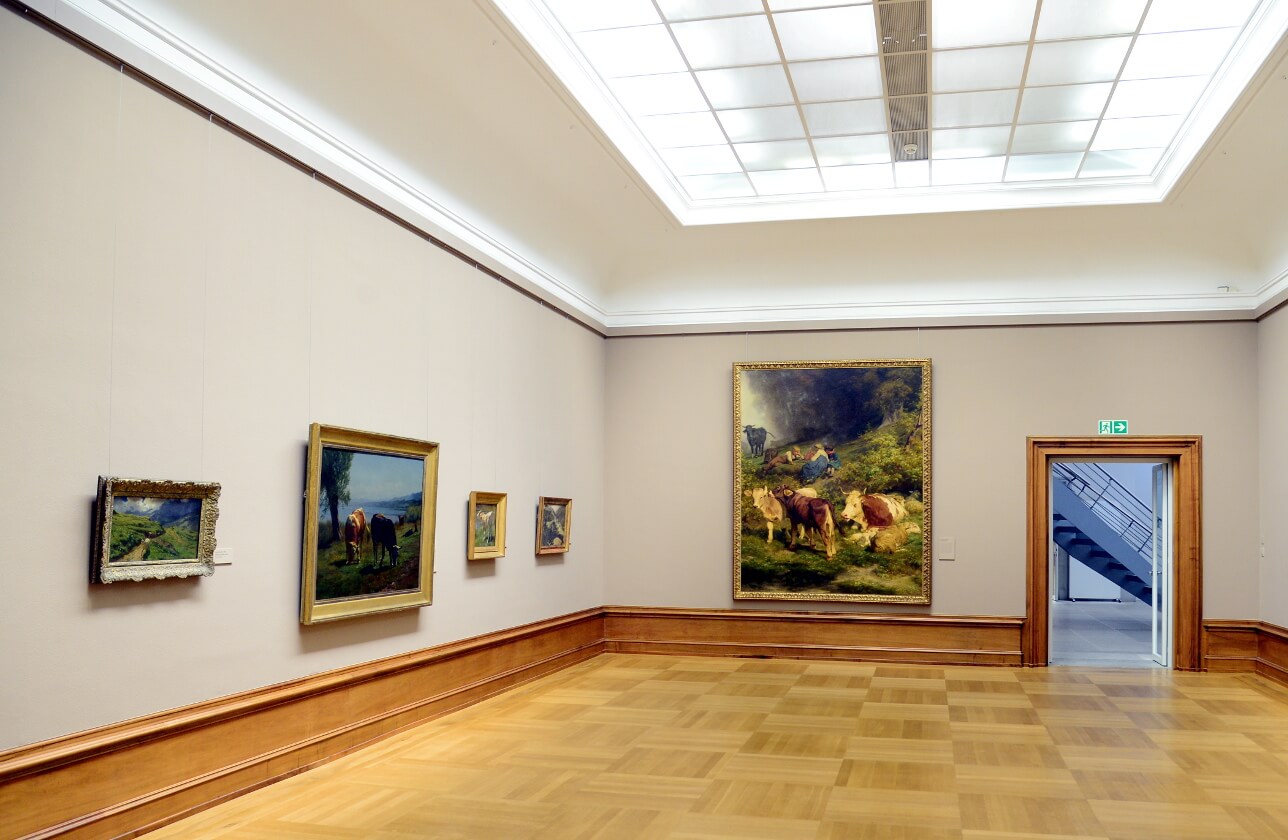 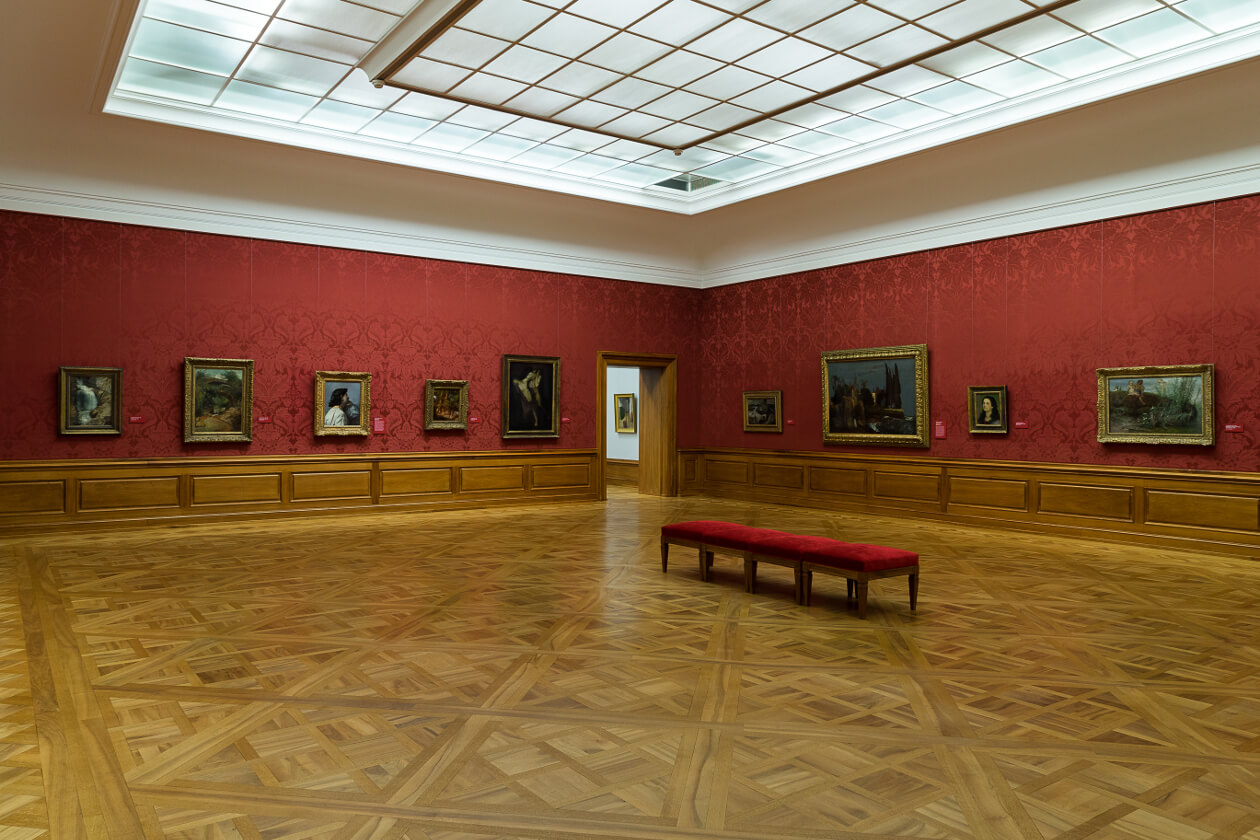 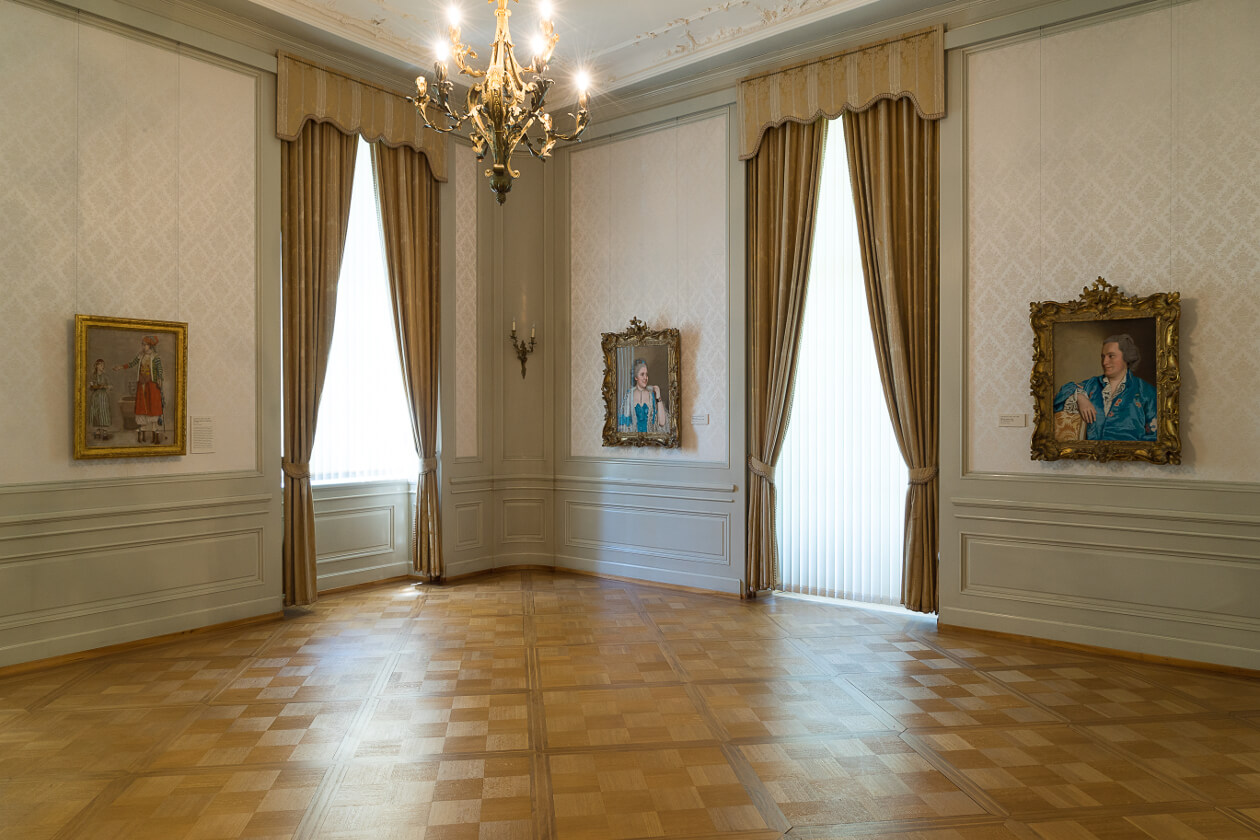 The Kunst Museum Winterthur | Reinhart am Stadtgarten, formerly called Museum Oskar Reinhart, was historically the building of the Oskar Reinhart Foundation. When it opened in 1951, it was the first private museum in Switzerland. The collector and patron Oskar Reinhart (1885–1965), son of Theodor Reinhart, co-founder of the Kunstverein, spent his life building an extensive art collection. With the rediscovery of German art after the turn of the century, Oskar Reinhart began to acquire German, Austrian and Swiss art. These unique works belonging to the artistic currents of early Romanticism and Realism and are permanently on display. Further masterpieces from the Dutch Golden Age and a selection of portrait miniatures are presented in varying exhibitions. These joined the museum collection in 2016 as a result of bequests from the Briner and Kern and Jakob Briner Foundation, respectively. Reinhart’s villa «Am Römerholz» houses and displays his collection of Old Masters and French Impressionists, which, today, is owned by the Swiss Confederation.

Friends of the collections Reinhart, Briner and KernRead more