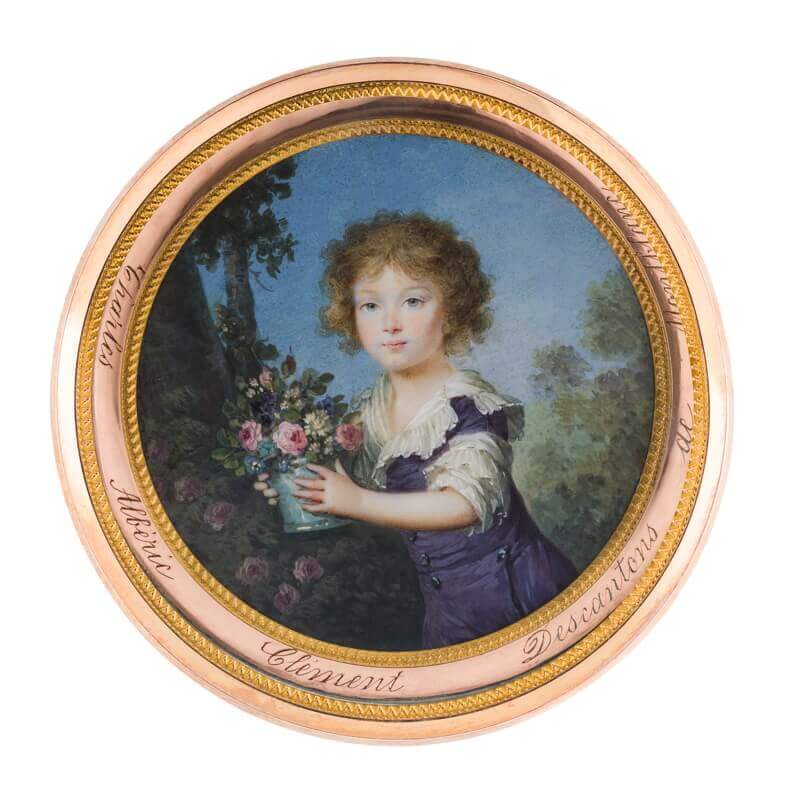 “Rich Kids” is probably what one would call them today, the children captured in miniature portraits at the end of the 18th and beginning of the 19th century. Instead of expensive cars and gold watches, they sought to impress with elegant clothing, cherry-red mouths, florid cheeks and golden-blond locks. These miniatures were highly cherished mementos and items presented by proud mothers and fathers; and as portraits they were also status symbols communicating social rank, comparable with the “Rich Kids” on Instagram today.

These portraits of children constitute a selection of miniatures from the rich seam gifted the museum by the Briner and Kern bestowals. It is exciting how these portraits changed over time: Thus, in 1900 and contrary to all enlightened thought, children were not viewed in terms of their individual autonomy but as unformed beings that had to be shaped to meet the adults’ expectations of them.

Childhood in aristocratic or bourgeois circles often did not involve emotional attention or parental succor. Educators and servants were the people who cared for the children. Etiquette befitting of one’s station was considered the basic tenet of all education.

At the beginning of the 19th century, the emancipation of the bourgeoisie and industrialization combined to profoundly change social and emotional relationships within the family. The household family, which included the parents, several children, the grandparents and the servants, gave way to the nuclear family. Children’s education was likewise redefined. The emphasis now was on the child’s socialization and integration into society.

In the Rich Kids exhibition, the social change in the relationship of parents and children is traced visually in the exquisite miniatures.